Skip to Content
Home Blog Education How  heart-brain awareness can lead you to beautiful life on world heart day?

After receiving the heart of a murdered ten-year-old girl, an eight-year-old child began suffering reoccurring horrific dreams about the crime.

Her mother scheduled an appointment with a psychiatrist, who determined after several sessions that she had been witnessing actual physical incidents.

They decided to call the cops, who utilised the little girl’s specific details of the murder (the time, the weapon, the location, the  clothes he wore, and what the little girl he killed said to him) to track down and prosecute the suspect.

Many cardiac organ transplant recipients develop habits that are similar to those of their donors.

Is it merely memories that were retained within the DNA of the transplanted heart in the instance of this eight-year-old girl, or did a higher power or the deceased girl’s spirit lead to the dreams?

Is it just a coincidence, or is it something more?

Has someone ever told you to “listen to your heart” when you’re torn between two options?

Your heart is continually delivering emotional messages to guide you, recognise anxieties, and explain what you genuinely desire,  according to a 2019 study.

The intrinsic cardiac nervous system, often known as the heart brain, is the name given to this little brain by scientists. And it isn’t insignificant.

According to a study, people have roughly 40,000 cardiac neurons that communicate across the heart’s neurological system, from the heart to the head brain, via the vagus nerve.

According to a study published in SAGE Journals, the head, heart, and stomach are all designated as functional brains today, and science now indicates that all three have sophisticated neural networks.

You probably already know what I’m talking about.

Consider a time when you had to speak in front of a large gathering and experienced butterflies or knots in your stomach.

For example, when you first fell in love and felt it in your heart.

Science has attempted to explain why organ recipients are hosts to donors’ memories and emotions, often known as “cellular memories,” in the case of the above true account of the little girl who received a heart transplant.

While some scientists are doubtful, dismissing this bizarre event as post-surgery stress or a reaction to anti-organ rejection medicines, an increasing number of experts believe biological memories are truly transported with organs from donor to recipient.

Because of his own bone marrow transplant in 1987, Dr Paul Pearsall believes in the prospect of cellular memories being transferred to new owners via transplant operations.

In his book The Heart’s Code: Tapping the Wisdom and Power of Our Heart Energy, he examines this phenomenon and its broader implications for how we think about human consciousness.

Though the concept of transplanted cellular memory first appeared in the 1920 film Les Mains d’Orleac, medical science has progressed to the point where a second brain in the heart and gut is no longer just a concept.

Our hearts have a small brain as well.

Around 40,000 sensory neurites communicate with the brain through the neural system of the heart.

This discovery was nicknamed the “small brain in the heart” by Dr Armour.

Memory is a distributive process, meaning it cannot be attributed to a single neuron or a group of neurons in the brain.

The brain system’s memory is dispersed throughout it.

So, why do we draw a dividing line between the brain and the rest of the body?

Perhaps it’s time to separate the operations of the brain from what we refer to as the mind.

You’d think that the brain does the majority of the talking.

Actually, the heart transmits more messages to the brain than the brain sends to the heart.

These messages are understood by the head brain, which often obeys them.

Between your intellect and your heart, a silent, subconscious communication is taking place inside you.

You need to get out of your head and into your body a little bit in order to listen.

How does your heart react, for example, while choosing who to date?

Is your heart racing as a result of dread or panic?

When dealing with weaknesses, fear is common.

Observe how your heart reacts when faced with a decision, even if it’s a minor one.

The brain is the heart’s ultimate boss, but nerve cells in the heart also have a voice.

These neurons are thought to play an important role in heart health, assisting in the fine-tuning of heart rhythms and maybe shielding people from some types of heart disease.

But, do we take proper care of our hearts as we should?

Heart disease now accounts for 28% of all deaths in India. And, on average, Indians have heart attacks 20 years earlier than those born in the West.

According to the National Crime Records Bureau (NCRB), the number of people dying from heart attacks in India has been rising since 2014. . While 18,309 people died of heart attacks in 2014, the number grew year after year, reaching 28,005 in 2019, an increase of 53% in just five years.

Diabetes, metabolic syndrome, hypertension, and smoking are all prevalent among Indians.

These are significant risk factors for heart disease.

Indians are more likely than other groups to develop heart disease at a younger age (almost 33 per cent younger) and without warning.

The information presented above is pretty disturbing.

Your heart aches or fills with love, feels compassion and trust, and appears empty or overflowing.

There is a subtler core within the heart that experiences spirit, but it cannot be felt as an emotion or physical sensation.

Spirit lies beneath the layers of sensations, and the only way to perceive it is to go to your heart and meditate on it until everything that obscures spirit is cleared away.

When you understand this aspect of heart intelligence, it will motivate you to take good care of your heart health, which you can do with a completely free tool like heart-based meditation.

Let us conduct this heart-based meditation together as World Heart Day approaches on September 29th, 2021, with the objective of using the power of digital health to increase global awareness, prevention, and management of Cardiovascular disease. (CVD).

To connect with your heart’s energy, follow these simple steps:

Feelings enter the heart centre, which is a site of consciousness.

The heart is pure emptiness, pervaded by tranquilly and a faint light in its core.

This light might be white, gold, soft pink, or blue in colour.

But don’t bother looking for any form of illumination.

All you have to do is feel whatever is present.

Visualize a delicate, pastel glow or a sense of coolness enveloping your chest.

Don’t say it like an order; just have the vague idea that you want your heart to speak for itself.

Emotions, memories, wishes, fears, and dreams that have been held in your heart will begin to surface.

You’ll notice that you’re paying attention as it happens.

As you already know:

A word to the wise is sufficient. 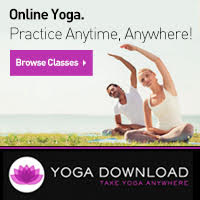