Einstein is without a doubt the most famous abstract thinker most of us are familiar with.

In ways you might take for granted, his general and special theories of relativity transformed the way the rest of us think about space and time.

Albert Einstein, the Nobel Laureate physicist who gave the world the theory of relativity, E = mc2, and the law of the photoelectric effect,  had a remarkable brain, as we all know.

Albert Einstein’s brain was so unique that when he died on April 18, 1955, in Princeton Hospital, the on-call pathologist, Thomas Harvey, stole it!

He divided the pieces between two jars and kept them in his basement.

Harvey returned to get the brain after his wife threatened to dispose of it, and he carried it to the Midwest with him.

He worked as a medical supervisor in a biological testing lab in Wichita, Kansas, and kept the brain in a cider box buried behind a beer cooler for a while.

He relocated to Weston, Missouri, where he practised medicine while also attempting to learn more about the brain in his spare time, only to lose his medical licence in 1988 after failing a three-day competency exam.

He subsequently moved to Lawrence, Kansas, where he worked on an assembly line in a plastic-extrusion factory, lived on the second floor adjacent to a gas station, and befriended a neighbour, beat poet William Burroughs.

On Burroughs’ front porch, the two men would meet for drinks on a regular basis.

Harvey would tell stories of chopping off portions of the brain to send to researchers all across the world.

In reply, Burroughs would brag to visitors that he could have a chunk of Einstein’s brain whenever he wanted.

To cut long story short, Harvey and colleagues in California published the first research of Einstein’s brain in 1985, claiming that it contained an aberrant proportion of two types of cells, neurons and glia.

This was followed by five more studies, the most recent of which was just published this month, all of which found additional changes in individual cells or specific structures in Einstein’s brain.

According to the researchers that conducted these tests, researching Einstein’s brain could aid in the discovery of the neurological basis of genius.

Could you believe how far people went merely to learn about Einstein’s brain speciality?

During the examination of Einstein’s brain, pathologist Thomas Harvey took dozens of black-and-white photographs of the brain.

Later, he dissected Einstein’s brain into 240 pieces, extracted tissue samples from each, and put them on microscope slides and distributed the slides to some of the best neuropathologists in the world.

But what were the results?

Before we get into that, let’s take a look at why Einstein’s brain had to be stolen.

After all, why not?

When you learn about Einstein’s contribution to our cosmos and his great breakthrough, you will comprehend.

Once you understand some of the world-changing concepts we owe to Albert Einstein, you’ll understand why his brain had to be stolen. At the age of 26, Einstein’s theory of special relativity — so named because it deals with relative motion in the specific case where gravitational forces are ignored — was one of his earliest successes.

This may appear benign, but it was one of the most significant scientific revolutions in history, totally altering how physicists view space and time.

Einstein effectively combined the two into a single space-time continuum.

We measure space and time in different units, such as miles and seconds, which is one reason we think of them as being completely independent.

However, Einstein demonstrated how they are interchangeable, linked by the speed of light (about 186,000 miles per second) (300,000 kilometres per second). Einstein’s famous equation E = mc2, which is possibly the only mathematical formula to have achieved cultural icon status, was an unanticipated consequence of special relativity.

The equation expresses the equivalence of mass (m) and energy (E), two previously thought to be completely independent physical properties.

In conventional physics, mass refers to the amount of substance in an item, whereas energy refers to the attribute that an object possesses as a result of its motion and the forces acting on it.

Furthermore, energy can exist in the absence of matter, such as in light or radio waves. Lasers are utilised in everything from barcode readers to laser pointers to holograms and fibre-optic transmission, and they are an indispensable part of modern technology.

Although Einstein’s name isn’t often connected with lasers, it was his work that made them possible.

Einstein published a paper on the quantum theory of radiation in 1917, in which he explained how a photon of light travelling through a  substance may promote the production of subsequent photons.

Even in the absence of gravitational fields, Einstein’s theory of special relativity demonstrated that space-time can perform some strange things.

But, as Einstein discovered when he finally succeeded in incorporating gravity into his theory of general relativity, that’s just the tip of the iceberg.

Massive objects, such as planets and stars, he discovered, disrupt the fabric of space-time, and it is this distortion that causes the effects we sense as gravity.

The universe is expanding. Back in 1915, one of the first things Einstein did with his general relativity equations was to apply them to the entire cosmos.

However, he thought the response he received was incorrect.

It meant that the fabric of space itself was expanding at a steady rate, drawing galaxies along with it and increasing the distances between them.

Einstein knew this couldn’t be right, so he added a term called the cosmological constant to his calculations to create a  well-behaved, unchanging world.

However, Edwin Hubble’s observations of neighbouring galaxies in 1929 revealed that the universe is, in fact, expanding. Einstein’s equation E = mc2 is sometimes credited with the “creation” of nuclear weapons, however, the link between the two is shaky at best, according to the Max Planck Institute for Gravitational Physics’ Einstein Online website.

The important component in nuclear fission physics, which Einstein was not directly involved with.

Even so, he played a crucial role in the practical development of the first atomic bombs.

Several colleagues warned him in 1939 about the dangers of nuclear fission and the horrors that would come if Nazi Germany obtained such weapons.

Gravitational waves are waves that travel through space. Even though Einstein died in 1955, his enormous scientific impact continues to make headlines in the twenty-first century.

This happened in a big way in February 2016, when the discovery of gravitational waves, another consequence of general relativity, was announced.

Gravitational waves are microscopic ripples that travel through the fabric of space-time, and Einstein is commonly quoted as saying that he “foresaw” their existence.

But the reality is a little more complicated.

Einstein could never make up his mind whether his theory predicted or ruled out gravitational waves.

And it took astronomers decades of searching to come to a conclusion on the subject.

Albert Einstein was an absolute genius!

We need to know what surprising revelations emerged from Einstein’s brain after so much inspection!

The brain of Albert Einstein has had a certain celebrity since Thomas Harvey removed, photographed, and preserved the great physicist’s brain during autopsy. Dean Falk, an anthropologist at Florida State University, characterised the surface of the brain in a 2013 Brain study. She noticed a number of unusual things while examining Harvey’s autopsy images and compared the brain’s appearance to 85 reference brains. It had an omega sign, for example, which is a knobby fold in the part of the brain that controls the left hand.

Stringed instrument performers are more likely to have this variation.

Einstein excelled at the violin.

It only gets weirder from there.

The Broca’s region, which controls speech, was extremely convoluted, and the sections regulating the facial muscles around the mouth were enlarged (a finding reminiscent of the photo of Einstein sticking out his tongue).

Extra convolutions in the frontal lobes, which are assumed to be involved in thought experiments, were discovered by Falk. Frederick Lepore, a co-author, speculates that Einstein’s ability to visualise space-time was centred in the parietal lobes.

Even if Einstein’s brain were intact enough to be probed with modern scientific instruments, we may have to remain agnostic about the source of his genius.

Even if Einstein could be resurrected, Harvard neurology professor Albert Galaburda believes that humans would still be unable to comprehend his thoughts.

“You can’t tell if he has some differences because that’s why he became a wonderful physicist,” he says.

“Perhaps it’s because that’s how physics affects your brain.”

For generations to come, Albert Einstein and his brain will be a source of fascination. 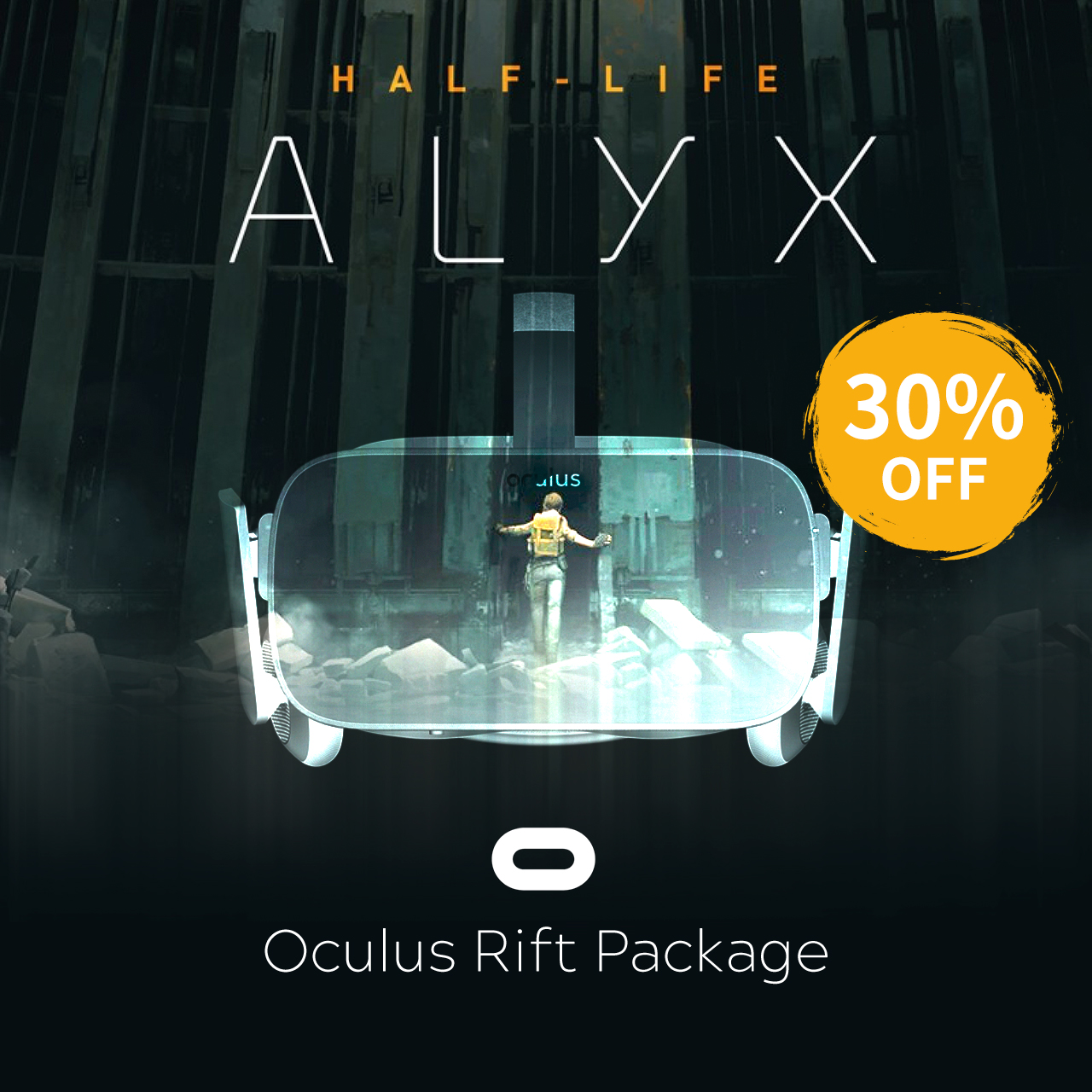