Skip to Content
Home Blog Education How Music plays a vital role in our life to have a captivating feeling?

Is there anyone you know who doesn’t have a strong emotional attachment to music?

That is why, during my days at ISRO projects in Sullurpeta in Andhra Pradesh,  my Tamil friend used to play Tamil songs on the office car FM radio and told me, “Music knows no language.”

Even if you can’t sing or play an instrument, you can definitely come up with a list of songs that bring back fond memories and lift your emotions.

Through singing, playing instruments, writing songs, or listening to music, a patient’s discomfort can be reduced, they can express themselves without using words, and they can relax.

Do you know that surgeons have long played their favourite music in the operating room to ease tension and that allowing patients to listen to music has been related to better surgical outcomes?

Music therapy has become increasingly important in all aspects of recovery over the last few decades.

Music therapy is a new field with a lot of potentials.

Certified music therapists are usually talented musicians with a thorough understanding of how music may elicit emotional reactions in people to help them rest, stimulate, or heal.

They use this information, as well as their acquaintance with a wide range of musical styles, to locate the right kind of music to help you get through a difficult physical rehab session or guide you into meditation.

And they can locate music in any genre you want, whether it’s Pop, Hip-hop and Rap, Rock, Dance and Electronic music, Latin music, Indie and Alternative Rock, Classical music, or K-Pop.

For thousands of years, music has been a component of human life.

Experts have discovered instruments dating back over 40,000 years, implying that people’ urge to express themselves or communicate through music is a long-standing one.

Medical research into music’s therapeutic properties grew in the 1800s, and by the 1940s, institutions were offering music  therapy programmes.

One of three men who pioneered the use of music as a therapeutic tool, E. Thayer Gaston, had arranged and promoted the practice so that it would become a widely acknowledged form of therapy.

The anguish experienced by children and teenagers with cancer and other illnesses can be incomprehensible and devastating.

It doesn’t matter how much medication they are given; sometimes it isn’t enough.

This type of therapy has been demonstrated to have a substantial impact on a patient’s perception of treatment effectiveness,  including pain reduction, relaxation, breathing rate, and anxiety decrease.

There is a process for dealing with pain management using music therapy, according to Professor Suzanne Hanser, EdD  MT-BC at Berklee College of Music.

It  is based on a cognitive behavioural model of treatment, which proposes that dysfunctional patterns may be replaced with new thoughts, feelings, and physical states.”

The music alone cues the response over time.

The music therapy approach is intended to accomplish various goals:

You’re probably aware of how stress affects us.

Stress has a number of different effects on your body.

• Sleep issues are all common side effects of stress.

Stress has a variety of consequences on your mood.

•  Lack of drive or focus

•Sadness or sadness are some of the common impacts of stress on your mood.

Who doesn’t want to be stress-free?

What is the most effective treatment?

Of course, music is one of the most effective stress relievers.

Music is frequently linked to moods, and some songs can elicit a wide range of emotions, including happiness, serenity, energy, and relaxation.

If you enjoy Indian beautiful music, this Kumar Shanu song from the Hindi film Mr.Ashiq  will instantly lift your spirits.

“All forms of music may have therapeutic advantages,” according to Psychology Today, “but music from one’s own culture may be most  effective.”

The five internal organ and meridian systems are thought to have corresponding musical tones in Chinese medical philosophy, which are utilised to promote healing.

The forms of neural stimulation elicited by different types of music vary.

Classical music, for example, has been shown to provide ease and relaxation, whereas rock music may create discomfort.

The therapeutic effects of music may be achieved in part by raising the pain threshold.”

Some of the impacts of music that help to explain the effectiveness of music therapy are as follows:

# Waves in the brain

Changes in music can also affect those governed by the autonomic nervous system, such as respiration and heart rate.

This can include, among other things, slower breathing, a slower heart rate, and the activation of the relaxation response.

The positive or cathartic themes that can be expressed in the lyrics, as well as the uplifting sound of music, can all lead to a new mental state.

Another fantastic application of music therapy is in the post-surgery care of children.

Listening to music and audiobooks is a feasible alternative to medication for lowering post-surgery pain in children, according to a study conducted by Northwestern University and Lurie Children’s Hospital of Chicago. 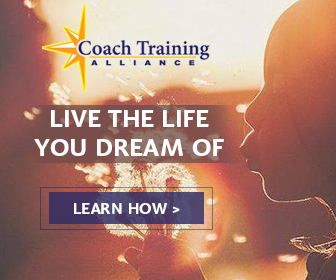 Long ago, attempts were made to link the eight main emotions in Indian theatre to the basic notes in Indian music. Sadaja, rishaba, gandhara, madhyama, panchama, dhaibata, and nishada are the notes, while sringar (love), hasya (laughing), karuna (compassion), vira (heroism), raudra (wrath), bhayanaka (fear), bibhatsa (disgust), and adbhuta are the moods (wonder). Simply feel the feelings while listening to your favourite song to lift your spirits.

Music, first and foremost, aids in the relaxation of our agitated minds. People have become increasingly irritated and frustrated as a result of their hectic work schedules.

As a result, people are becoming more aggressive and combative, which leads to serious health issues such as depression.

People’s mounting fury is soothed by music, which also serves as a stress reliever.

Various types of music, such as classical, pop, and hip-hop, alter our perceptions and attitudes toward life.

As a result, music has had a significant impact on our mental processes.

Furthermore, music is a reflection of our society’s culture.

Every country has its own distinct musical culture.

Songs are written in a variety of languages around the world.

To summarise, music has had a significant impact on our way of thinking.

In addition, music plays an essential role in preserving our society’s culture and traditions.