He joined the biggest dance competition in the post kalipuja festival in lahorijan in the year 2007.

He failed even to go to the second round.

He again joined the same mega dance festival in the year 2008.

He joined again on the same  dance competition in 2009.

What one will do after that?

Surely, after three consecutive year failures, most of us will get fed up and quit . It’s not our cup of tea.

He kept on practicing in his home.

Because back  of his mind, he is committed.

As the quote says ““Character consists of what you do on the third and fourth tries.” ―James A. Michener.

This time, he emerged as second winner in that Dance festival.

In the year 2011, he did not join that dance competition because of some personal injury. But next year 2012, in that same dance competition, where he had to compete with fellow dancers in front of three judges, He was called as Judge to chair the Dance competition. Karim Ali still remembered that proud moment of his life.

That was his cherish moment.

An unsung hero born in Assam.

His all time dream was to serve the country as Army Officer.

As  dance and song  is very popular in every part of India, Karim Ali also liked to enjoy dance  show in his local town in Durga puja, kali puja festival , marriage party or in youth festival. He mesmerized when his local expert dancer showcased their talent in the dance festival or competition. One day, just because of his friends request, he also moved his legs.

His friends said you could dance so well. They insisted him to nurture his talent as dancer.

He never got  a  coach or trainer to practice. But he kept on practicing in his home and over the time, He started enjoying doing different Dance forms.

Karim Ali also went for audition to Kolkata  for Zee TV’s 3rd season reality show but was not qualified.

A man with great commitment, when he was called as a judge of that big dance competition in the year 2012 in lahorijan, Karim Ali never looked back.

Not only for passion,  as a profession also, He took it as challenge to become one of the sought after  Dance coach, Dance trainer and established his own Dance Academy titled kingdom of Dance  in Lahorijan area in the year   2014 and participated as a Dance judge in different state level dance competition in entire Assam and North East India.

Karim Ali himself narrated that the greetings,  the respect he is getting specially from big school name like kendriya Vidyalaya, DPS in different part of Assam, its possible only because of his profession as a Dance Teacher. The same respect otherwise would not have been possible for him to earn.

You all know about Proneeta Swargiary who has brought glory to Assam by winning the reality show programme Dance India Dance (DID) Season-5 title telecast by Zee TV. Once, one can take part in a dance reality show and showcase his or her talent, he or she may  become next sought after celebrity over night. You can realize its popularity from the different stories of dance reality show.

Otherwise, you can work as a choreographer also once you are in dance profession.

We all know the stories of Dharmesh Yelande, the Dance India Dance sensation.

In this Dance industry, once you are 100% committed and give your full energy and dedication in practicing  Dance, success is for sure. Its like Tony Robbins quote : “The only limit to your impact is your imagination and commitment.”

Karm Ali wants to give his message to the entire world as a dance coach, trainer that Dance is not only a form of entrainment. As one of the acronym for DANCE stands for Dynamic Animation and Control Environment, one can easily relate DANCE can make your body controlled as you move your  entire body in a dynamic animation!

Dance is for fitness.

Dance is best form of exercise.

As you can see people having so many diseases just after crossing 40-50 years of Age, if you take Dance as part of your life, you can be fit and healthy in rest of your life. Karim Ali, an unsung hero of Assam , his spectacular journey of fame to dance will be half done if it is not asked him about the inspiration, motivation he gets from super dancer, king of pop Michael jackson.

Who will forget the  impact on dance Michael Jackson brought.You all know,  fans around the world have tried to imitate Michael’s  smooth slides and spins, his racy crotch grab and pelvic thrust and, of course, his trademark moonwalk, with varying degrees of success. Karim Ali,s only regret is, like other big cities of India like Mumbai, Delhi, Bangalore, Dance reality  show audition should  take place on regular basis in Assam and North East part of India.  He is sure, so many talented students  and kids can make it a big name in Indian and International Dance field once a good platform they get. As Unsung hero of Assam, Karim Ali is always there for personal growth of his students as a professional Dancer. He is hopeful. One day, all such dance reality show will  take place in Assam and other part of North East India. So, not only for entertainment, tune in to a popular dance number to move your legs to keep fit  and disease free.

After all, dance is dance.

Dance is the hidden language of the soul. 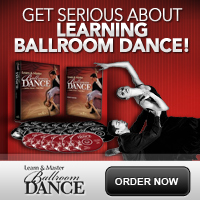